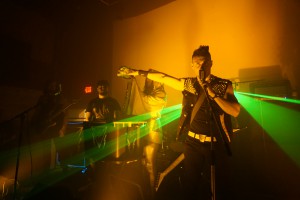 Before Morbid Eclipse began its formal campaign of Multi-Temporal Mind Correction, it sought familiarization with its target by joining the audience at countless music music events throughout the United States. Occasionally, highly perceptive individuals took notice of the the Atomic Cult symbol emblazoned on the backs of Morbid Eclipse. Those with exceptionally high intelligence sought out dialogue with Morbid Eclipse and inquired about the Atomic Cult and its mission. 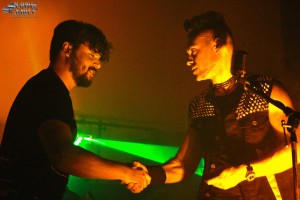 Chris Ortiz has the distinction of being the first highly perceptive and intelligent individual to seek out the Atomic Cult even before they announced their presence to his century. It is a great privilege to permit Mr. Ortiz induction into the Atomic Cult through the Rites of Ascension on March 21, 2015.

Mr Ortiz peered into the cavernous depth of Atomic Cult knowledge during the Ceremonial Seldonian Rite. 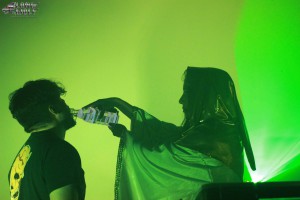 Additionally, Mr. Ortiz was duly anointed in radioluminescence during the Tritium Rite. 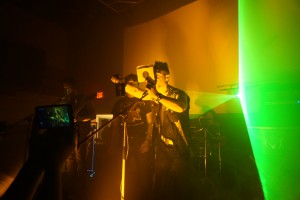 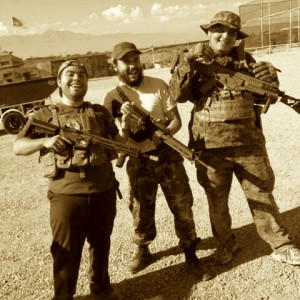 Few mission details can be revealed to those that have not ascended the path of induction. However, it does involve time travel, impersonation, heavy artillery, Cuba, the honey pot, and a microscope. 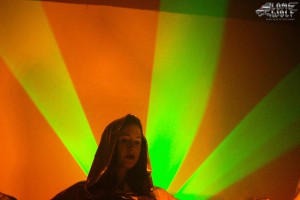 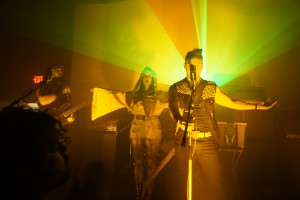 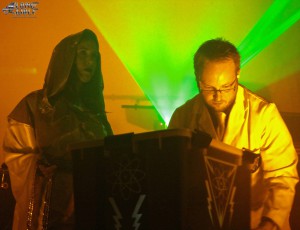