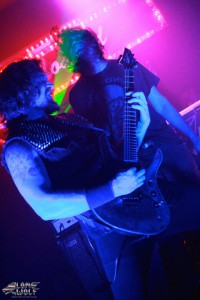 On March 7, 2015 Lara Gladstone requested Morbid Eclipse to kick of the Metal Assault 5 Year Anniversary show at the Loaded Bar in Hollywood, California. Owing to a sense of honor, Morbid Eclipse obliged and returned to 21st Century Earth early from a protracted Radioluminescent Rite taking place on Planet [[[[REDACTED]]]] in the [[[[REDACTED]]]] Galaxy. 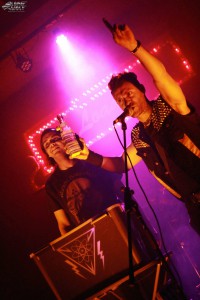 The Atomic Cult takes particular pleasure in welcoming new inductees that wholeheartedly petition to ascend the path of induction and follow in the footsteps of Seldon. Besides pursing live music with an almost fanatic zeal, Andrew Bansal has made a commitment to the Atomic Cult’s mission of enlightenment in the 21st Century. For this special ritual, the Atomic Cult permitted the Atomic Priest, Z.Friedberg, to conduct the Rites without the presence of an Atomic High Priestess. 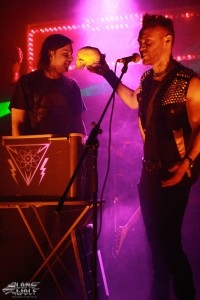 Mr. Bansal hungered for knowledge of the past, present, and future so he was permitted to peer directly into the emerald gaze of Seldon. Through the Seldonian Ceremonial Rite the deepest knowledge was imparted and Mr . Bansal’s eyes widened in astonishment as his mind filled with treasures of space and time. 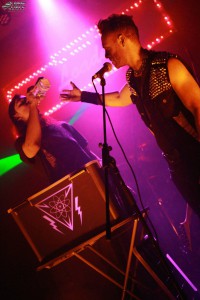 In addition to knowledge, the new Inductee sought power and insight. The power of the Prime Radiant was summoned during the Tritium Rites. Mr. Bansal drank so deeply from the Tritium Rich Heavy Water that he was fortunate to wake the next morning. To pay tribute to this Inductee, visit his online music publication Metal Assault and subscribe to all of its antiquated 21st Century social media feeds.