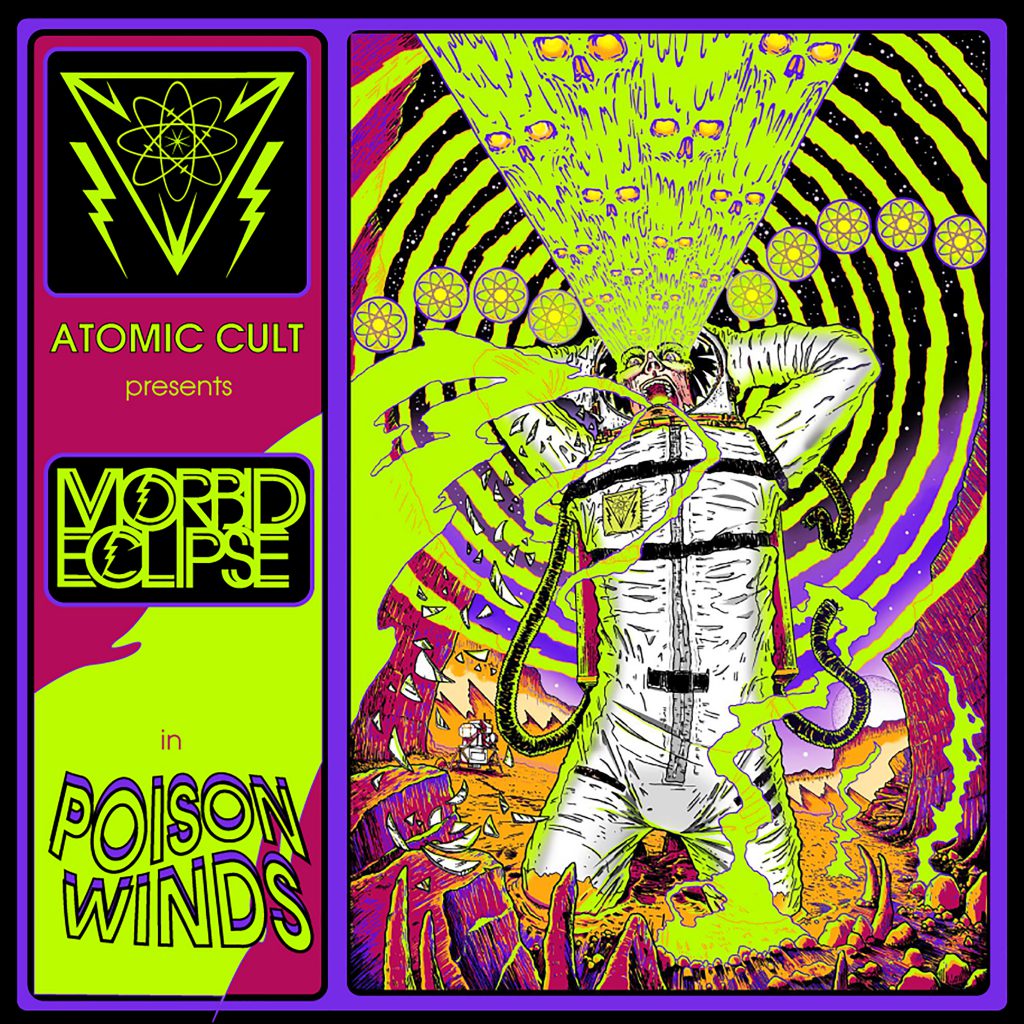 Welcome the latest initiate of the Atomic Cult, the Gasmasked Goat Rocker of OPHICVS and Lucera. He has already been deployed to take part in multi-temporal scientific reconnaissance mission on [[[REDACTED]]] as tactical military support. Here is a photograph prior to stepping into the trans-temporal rift. 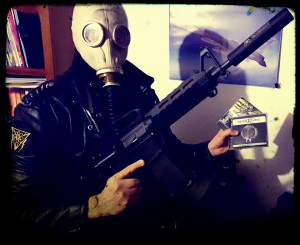 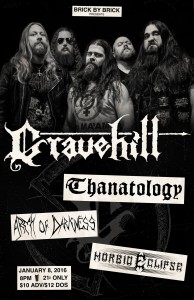 On behalf of the Atomic Cult, Morbid Eclipse will preside with Gravehill and Thanatology on January 8th at the world famous Brick By Brick in San Diego. Morbid Eclipse will go on first with their full stage show featuring dynamic lights, lasers, fog and several theatrical surprises. All attendees are encouraged to support the entire show because each band is legendary for their performances. Thanatology, can best be described as a sonic bulldozer which is so captivating you can’t help but watch as it barrels towards you and crushes all in its path. And of course the headliner Gravehill has made themselves a staple of the underground CA metal community receiving praise throughout the world over their extensive career. 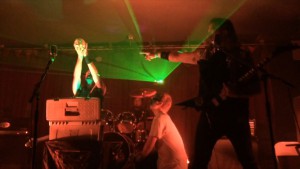 Having already attended countless Morbid Eclipse lectures, it was only fitting that Mark Bell officially become an Atomic Cult inductee through Rites of Ascension. While presiding with Bolzer, Icon of Phobos, and Ritual Necromancy at a ceremonious event in Van Nuys, CA, Mr. Bell consumed the heavy water, gazed into Seldon’s eyes, and accepted his first official mission brief. The event was surrounded by great pomp and circumstance as all in attendance sought information on initiation by the Atomic Priests. 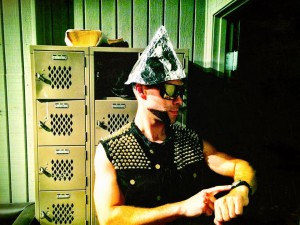 Mr. Leatherby had recently returned from an extensive European and American tour run which exposed his cerebrum to exposure from nefarious mind altering forces of the Chaos Storm’s pseudoscientific frontline. After all, the Chaos Storm targets individuals with strong charismatic personalities capable of influencing others. Considering Mr. Leatherby’s charm and the rising popularity of Night Demon in the global heavy metal subculture he is a prime target. Despite being a strong advocate for the Atomic Cult’s important work in the 21st Century, Mr. Leatherby’s subconscious mind revealed some irrational thought patterns–a clear indicia of Non-Terrestrial Alternate Gamma Wave penetration. Before the deleterious efforts could take hold an Atomic Tenchician shielded Mr. Leatherby’s brain from further penetration and Morbid Eclipse conducted Mind Correction.

Thank you for your cooperation Mr. Leatherby. 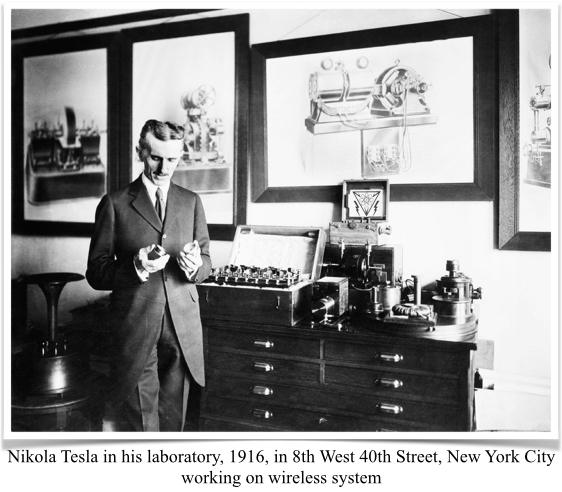 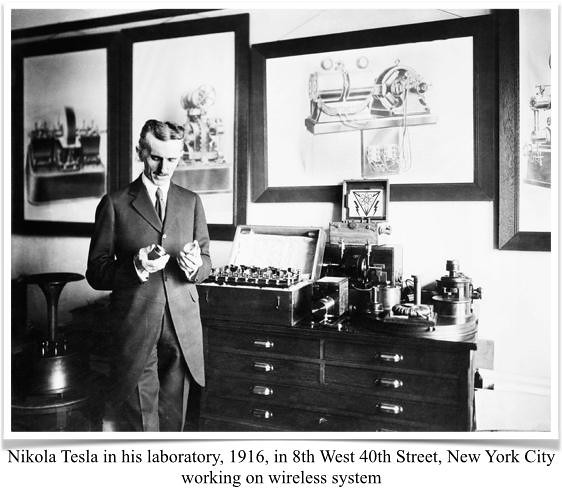 Professor Hicks has once again uncovered a rare image demonstrating the Atomic Cult’s presence at key moments in human history. Despite modest efforts to conceal their traces, the Atomic Cult has been known to leave behind breadcrumbs tracing their trail to the future. But, why was the Atomic Cult in collaboration with Nikola Tesla?

Tesla is an excellent example of the type of mind humankind must cultivate to to ensure humans make it to their future. He actively pursued scientific advancement to continuously expand the bounds of human knowledge and understanding. The Atomic Cult sent envoys to 1916 to interview this brilliant thinker and develop a psychological profile relating to his desire for discovery and advancement. This profile resides within the Prime Radiant along with many other key profiles that help the M.T.M.A.C.D. assess and correct the most corrupted minds in the 21st century. 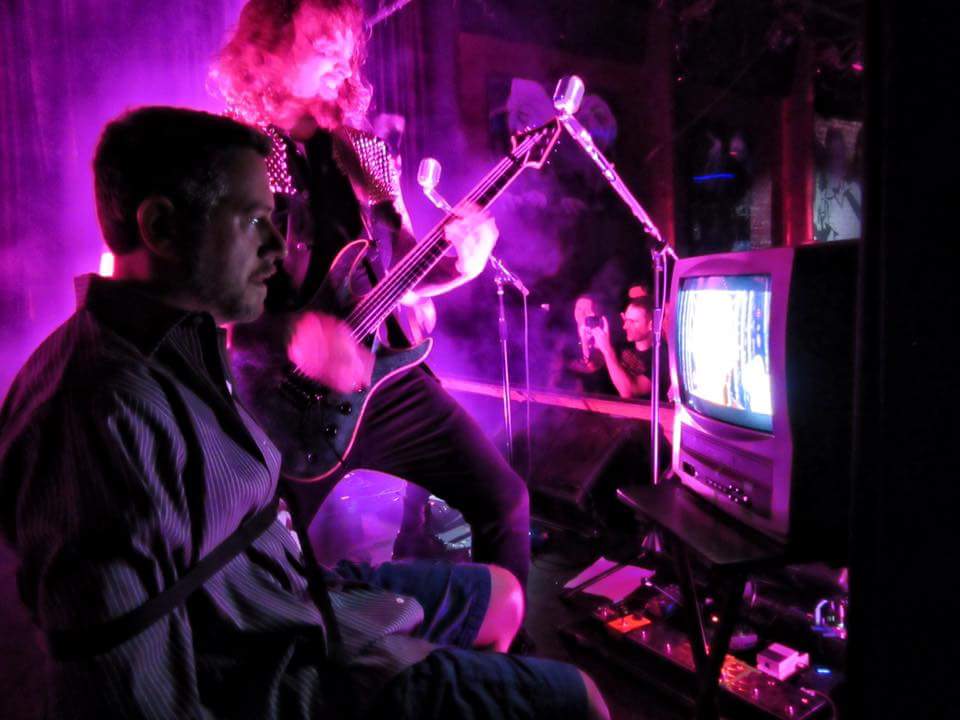 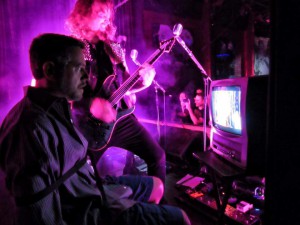 On July 9th, 2015, Morbid Eclipses inducted SONOS, Inc. into the revered organization from the future, the Atomic Cult. SONOS produces the leading wireless HiFi audio system and Morbid Eclipse was thrilled to preside at a private event for the company’s Santa Barbara employees. 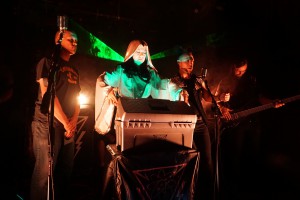 Being such an auspicious occasion, the Atomic Cult performed the traditional Rites of Ascension on Mr. John Linderman. 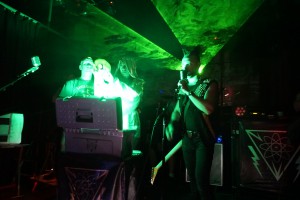 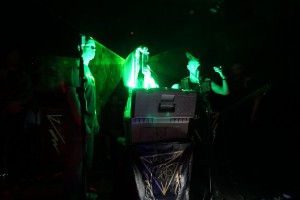 After engaging in the Seldonian Rites and Tritium Rites, Mr. Linderman was presented with a 21st century data disc with his first mission. 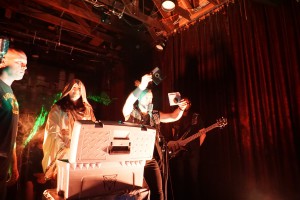 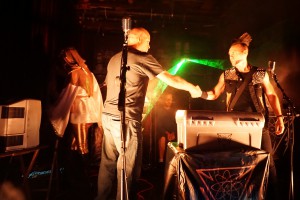 We look forward to seeing Mr. Linderman grow into a powerful ally combating the forces of the Chaos Storm. 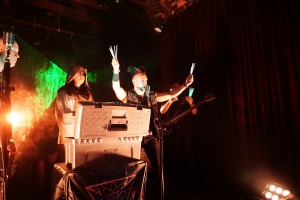 Because not everyone can join the Atomic Priestess on stage to take the Rites, Morbid Eclipse distributed tritium sticks so all attendees could take a piece of the Prime Radiant home. 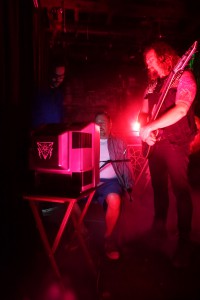 This performance was especially notable, because Morbid Eclipse performed the first ever public multi-temporal mind assessment and correction procedure. Despite the powerful Rites of Ascension, a particularly polluted mind was identified in the crowd, Jack Margo. 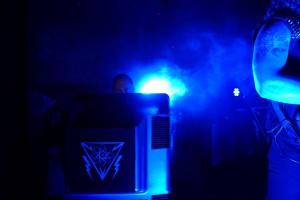 Mr. Margo was brought on stage so the M.T.M.A.C.D could directly correct his thought processes. We are pleased to report the procedure was a success and Mr. Margo was spotted driving around Santa Barbara in a handsome electric golf cart joyfully commanding everyone to join the Atomic Cult!

We are honored by SONOS to invite us to engage with so many eager fans of music and technology.

All of those that attended, please share your digital photographs and videos with Morbid Eclipse. 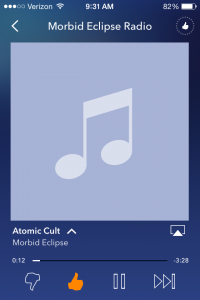 Morbid Eclipse is now on Pandora, thereby launching the internet radio service into the distant future. Now go create a Morbid Eclipse station and curate the incredible bands Pandora matched up with them.

Pandora, welcome to the Atomic Cult. 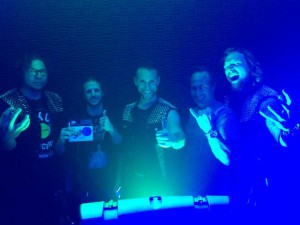 Metal Mayhem Radio, on the highly antiquated KTST FM Anaheim, welcomed Morbid Eclipse in studio to chat with their gracious hosts Tanner “The Man” Poppit and Benny the Breeze. The Atomic Cult extends its gratitude through space and time for providing a forum to spread key information about the future and Morbid Eclipse’ mission of Multi-Temporal Mind Assessment and Correction. 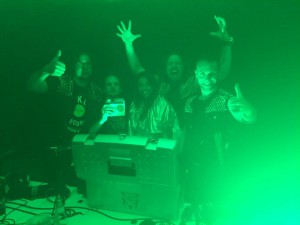 The Atomic High Priestess Sab-Zel presided over the Rites of Ascension to welcome Tanner and Benny into the Atomic Cult. All in attendance consumed copious amounts of Tritium water during the Tritium Rites resulting in a near state of intoxication from the radiation overdose. 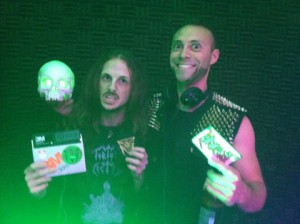 Immediately following the Rites, Tanner received a 21st century data disk containing his first mission. In addition to serving in missions of [[[REDACTED]]], Tanner will continue to use the radio to advocate for rational and critical thought to counteract the Chaos Storm’s insidious influence on human kind. 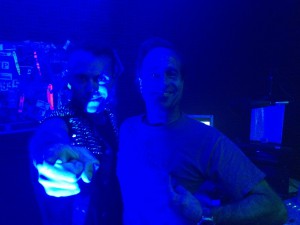 Benny the Breeze, welcome to the Atomic Cult. 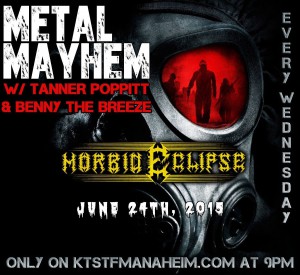 YOU are ALL encouraged to visit KTST FM Anaheim, download the Tune In app and listen to Metal Mayhem every Wednesday! 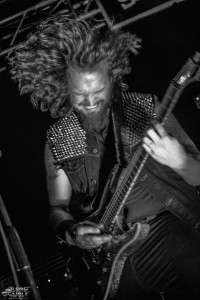 Thanks to Elizabeth at Lone Wolf Productions and Sherry Mande, there are some excellent new live pictures of Morbid Eclipse available on the internets. You can view the sets here:

Thanks to Arturo at Sexthrash69 for capturing the night in video.

To see the other great performances from the show view the links below. Be sure to like and follow the contributors of this footage.